The problem with the typical central home AC is you have to cool the entire home it’s like having just one switch that turns on all the lights.

This was ok 20 years ago when we were paying like $0.004 per Kilowatthr…But now in Fresno Ca Pacific Gas And Electric is charging over $1 per peak KWH!!

Mini split AC systems and so called Ductless units are being promoted but they cost 3 to 4 times as much as a cenrtal system per ton.

It is way better to use smaller packaged air conditioners AKA window ACs but to mount them outside of a window so you do not see or hear them.

When so mounted there is a clear advatage as you just turn on the zone you are in. Window ACs can be bought from discount Ebay seller for a low as $200 per ton of cooling…or 12,000 BTU

The best part of using this approach is:

1- You never have to replace your old central AC for over $10,000 as is a typical high SEER AC system upgrade

2- If a single smaller zone AC unit fails it can be replaced for about $200 and you do not to hire a HVAC contractor to put the new on in.

3- On those rare super hot day ( like we just had at 112F in Tucson) you can turn on the old central AC until the smaller zone units can take on the cooling load.

You can solve that problem with zone damper system by Honeywell. installing dampers at the air handler for each zone then running a thermostat to each zone will improve the dynamic cooling requirements of each zone and is a lot less expensive than buying and retrofitting all those window units. Visit us at www.raleighheatingandairservice.com/articles to learn more. 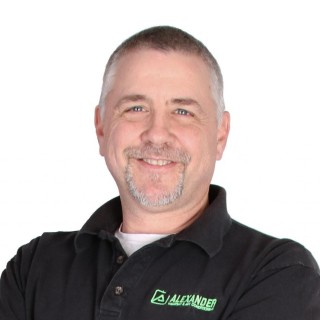 Answers to your HVAC Questions